I play sports, 10 hours a week of tennis and when I’m away from the fields, a 45-minute jog to keep me in training.
I do not smoke anymore (now from 20 years) but when I was young I used to smoke only few7 cigarettes a day.
Every 2 years I do a complete check up offered by my company with very comforting results.
On the other hand, I can say that I counterbalance the excesses of sports with food: 6-7 coffees a day and generous quantity of bread, meat and chees resulting in high cholesterol (I have always hated that advertising that criminalizes those with more than 220 cholesterol).
In August I could not play tennis, I went out to the park and I started running … after 100 meters I felt a moderate pressure on my chest and lack of air. Concerned about it,, I walked, then I started running again. Still this problem. I decided to walk for 5 minutes and resume jogging. Still this pain. I decided to come back walking, but then, the legs automatically reprised running for the fourth time and the problem disappeared for the rest of the training, but I came home with a thought … will it be the heart?
In those days of August I learn to handle the pain to be able to run. First a quick walk, then a light jog, then alternate pain and walk, then run like there had never been a problem.
Back to my beloved tennis courts I find myself in the same situation. Ten minutes of suffering and then playing for more than two hours. I’ve never been a champion, but I run a lot and I have a great recovery capacity.
I was convinced that I had found the way to share my passion with the discomfort in my chest.
I told myself: the heart is felt with more pain, this is a muscle fatigue due to my 58 years. The fact is that in the following months the problem went from 10 minutes to twenty to half an hour. One Sunday in January I played an hour with the handicap to spend another two hours on the fields running like wind.
The last match two days later. I start playing, and I felt a small discomfort in my arm. The word “heart” echoed in my head. I did not even wait for the nuisance to come. We stopped playing almost immediately.
I talked about it with my doctor who said the word “angina” for the first time and advised me to rest and to perform a cardiology stress test.
A week later I did this stress test that was negative. Despite this, my cardiologist considered my symptoms to be important, especially if associated with familiarity (my brother had two stents in 2005). In the meantime the situation got worse, it was also difficult to walk 100 meters or climb the garage ramp. Result: coronary angiography, from which it appeared that the situation of my coronary arteries had exceeded the possibility of being repaired in angioplasty and it was necessary an intervention for three bypass.
After only three days from surgery, they put me on my feet and started rehabilitation.
My luck (helped by the people I met) is that the heart has held up to all the stresses it had undergone without causing any heart attack.
In a few weeks I can start playing tennis again, I hope.
Maurizio 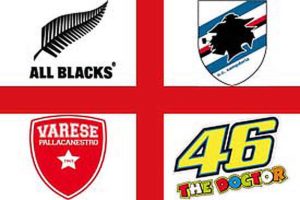